The first time I saw the Tetons rear their majestic heads seven thousand feet above the valley floor, I was hooked. I turned my geologist’s eye upon the 1925 Gros Ventre landslide and the subsequent 1927 flood which wiped out the town of Kelly, Wyoming, and Jackson Hole Journey was born. 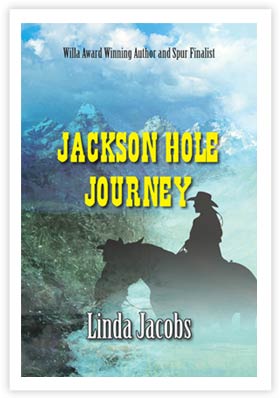 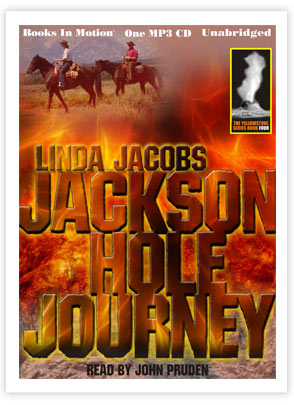 Two brothers vie for the love of the same woman on a Jackson Hole dude ranch during the Roaring Twenties. Against the backdrop of a massive landslide and a flood that wipes out a town, they fight prejudice against their native heritage, while battling those who would destroy their ranching tradition. 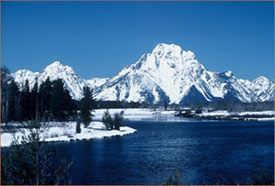 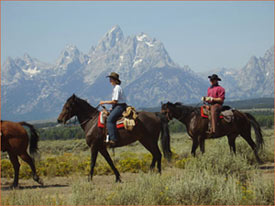 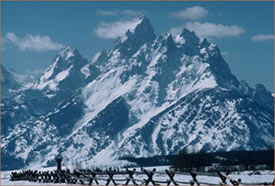 Francesca di Paoli, a gifted yet penniless chef, arrives in Jackson Hole in 1925. Rescued by William Sutton, the “steady” son of a dude ranching family, she begins to feel safe, until the historic Gros Ventre landslide buries her and William alive. Though they survive, the uncertainty in the valley, as a new lake forms perilously behind the slide debris, parallels the uncertainty of Francesca’s fate.

William saves her again, finding her work in the Suttons’ ranch cookshack. There she meets William’s brother, Bryce, a charming wanderer. William and Bryce, already rivals for their parents’ approval, begin to vie for Francesca’s attention.

Over the next two years, valley ranchers clash over a Park Service proposal to extend Yellowstone Park south to Jackson Hole. Bryce comes and goes, taking a piece of his parents’ and Francesca’s heart with him each time. Yet, when the Sutton’s Nez Perce uncle comes to the ranch to die, it is Bryce who helps nurse the sick man. William has never accepted his Nez Perce heritage and his uncle’s arrival rakes up the ire of an unsavory contingent in the valley. Men like Dieter Gross, who disdain Native Americans and foreigners like Francesca, may well resort to violence if they discover the Sutton ranch’s black foreman is seeing a white woman.

Meanwhile the earth has not finished trembling, nor the river rising. When the flood waters retreat, who will be left standing?

"In Jackson Hole Journey, Linda Jacobs paints a vivid portrait of ranch life in Wyoming in the first quarter of the 20th century. With understated eloquence, she describes a devastating natural disaster and the much subtler conflicts of the heart."

"Linda Jacobs writes with power and authority about people you care about in one of the most fascinating places and times – as the Old West of Jackson Hole begins to yield to the modern era. I strongly recommend Jackson Hole Journey."

Jane Kirkpatrick, best-selling author of An Absence so Great

"Each character is there for a reason in Linda Jacob’s Jackson Hole Journey including the earthquakes, land slides, towering mountains and the steam and mystery of Yellowstone that engage the men and women of this vast Wyoming landscape. Linda takes us to a guest ranch in 1925 where we meet a family finding its way through legacy and innovation. With historical detail woven in with care, we discover Francesca, a young woman on a journey of her own. Mix in two very different brothers, involved parents, a potential partner with affairs of his own heart to tend to and you have a story that makes a reader think: "This is how it must have been. I wish I could have been there." A captivating page turner that lets us all know why Linda Jacobs is an award-winning writer."

"Jackson Hole Journey is another "can't put it down" by Linda Jacobs. She quickly ropes you in with characters you love and hate. The story that takes the characters along their journey is fast-paced, exciting, and historical--like a ride down the Grand Canyon. Jacobs's descriptive writing is done so well that you can almost smell Francesca's cooking! I hated to see it end."