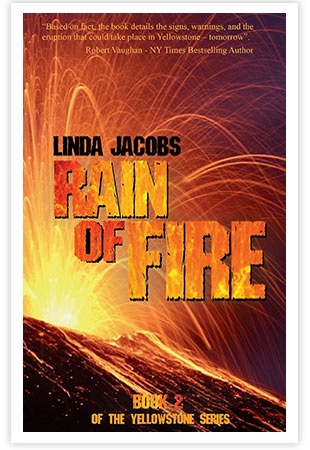 Yellowstone scientists have written that they cannot know if there would be adequate warning of another caldera eruption after the ones at 2.1 m.y., 1.3 m.y., and 640,000 years.

This book is dedicated to the men and women who have devoted their lives, and risked them to study the deadly potential of modern volcanoes.

Foreward from Rain of Fire

We can only guess whether the geologic warnings would be adequate to prompt the evacuation of Yellowstone and surrounding areas and towns to prevent the instantaneous loss of thousands and perhaps tens of thousands of lives.

Devastation would be complete and incomprehensible at the caldera. Imagine Yellowstone Park and everything in it destroyed. Every road, every lodge, every campground, every visitor center, every geyser and scenic feature would either be blown instantly off the face of the Earth or swallowed as the floor of the caldera sank downward during the eruption . . .

We can only speculate on the disaster that society would face during a Yellowstone caldera eruption. As unlikely as such gargantuan explosions seem in our lifetimes, they have happened before and will occur again. 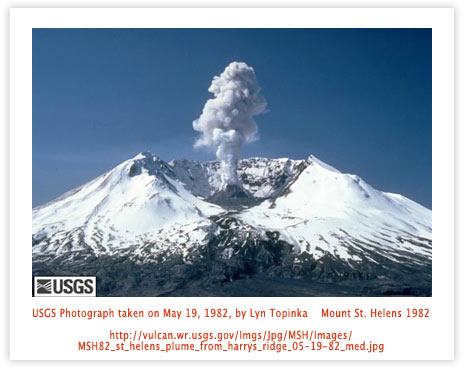 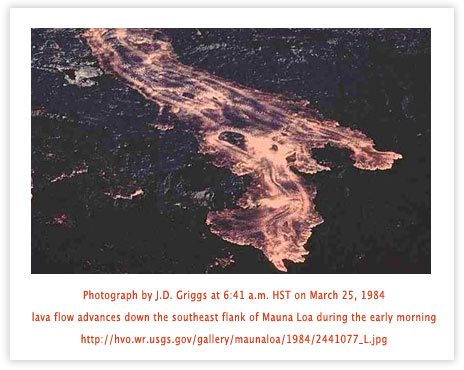 The world's largest volcano does not reside beneath Hawaii's mountains, or in Washington state, but Yellowstone National Park. Past eruptions have darkened our continent and covered it with a blanket of ash that smothered both plant and animal life. Now the supervolcano, with its earthquakes and geysers, is monitored on a daily basis for signs of the beast reawakening.

As a terrified child, geologist Kyle Stone watched her family die in the 1959 Hebgen Lake Earthquake near Yellowstone. Fighting a lifetime of fears, she is one of the scientists with a finger on Yellowstone's pulse. When a new hot spring appears overnight in the park and a noted naturalist is scalded to death, Kyle mounts an expedition into the Yellowstone backcountry to unravel the mystery. Accompanying her are Ranger Wyatt Ellison, former student and friend, and Dr. Nicholas Darden, volcanologist and former lover. More than just a volcano is heating up.

Amid personal conflict, earthquakes uprooting the land, and poison gases killing wildlife, Kyle finds herself in the unenviable position of convincing park officials to evacuate Yellowstone before tens of thousands of people die. As the earth shudders, Kyle must also choose between past and present, and defeat her darkest terror simply to survive. 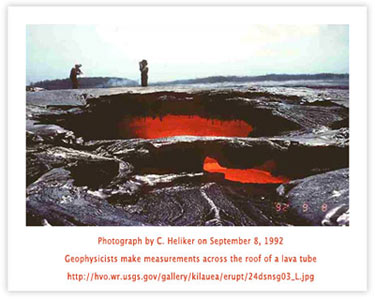 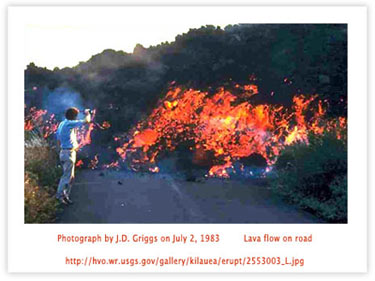 As my own geological experiences with volcanoes have been on those that are dormant, I must thank the following sources for providing insight into what it's like to see Hawaiian lava at night, or Mount St. Helens, Galeras, or Pinatubo by day:

I also thank the National Earthquake Information Center in Colorado and Marcos Alvarez of the IRIS/PASSCAL Instrument Lab in Socorro, NM, for information on seismic equipment and the life, Patrick Matheny, Yellowstone National Park Naturalist, for the wonderful snow coach tour, and Dr. Lee Whittlesley, of the Yellowstone archives, for showing me around on my several visits there. My primary consultant on helicopters is Michael Harvey, an oil industry entrepreneur, who served two Vietnam tours as a front line Huey pilot. In addition, Robert (Dick) Vaughan, noted author and another chopper veteran, provided insight as to aircraft terminology.

For the inspiration for this follow-up book to Summer of Fire, I am particularly indebted to Robert Smith, one of the foremost experts on Yellowstone and its unstable terrain, and his Utah Seismic Stations at the University of Utah. While none of my characters represent anyone in Salt Lake, I have freely based my Utah Seismic Institute on this fine institution. I especially appreciate scientist Fabia Terra, took the time to give me a tour of their facility.

Finalist, along with Lake of Fire and Summer of Fire, in the Series category of the 2020 Next Generation Indie Book Awards.