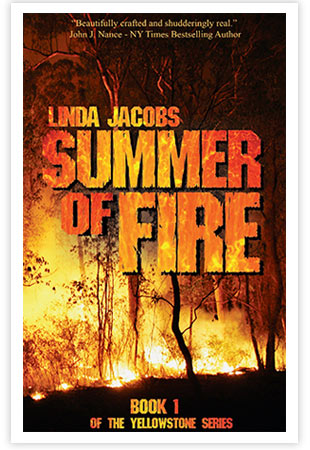 BOOK ONE: SUMMER OF FIRE

In 1988, the world watched on the nightly news as over half the park was overrun by flames. Up to thirty thousand people fought the fires directly¸ and over a million visited the park during the burning.

The Story
It is 1988 and Yellowstone Park is on fire

Among the thousands of summer warriors battling to save America's crown jewel, is single mother Clare Chance. Having just watched her best friend, a fellow Texas firefighter, die in a roof collapse, she has fled to Montana to try and put the memory behind her. She's not the only one fighting personal demons as well as the fiery dragon threatening to consume the park.

There's Chris Deering, a Vietnam veteran helicopter pilot, seeking his next adrenaline high and a good time that doesn't include his wife, and Ranger Steven Haywood, a man scarred by the loss of his wife and baby in a plane crash. They rally 'round Clare when tragedy strikes yet again, and she loses a young soldier to a firestorm.

Three flawed, wounded people; one horrific blaze. Its tentacles are encircling the park, coming ever closer, threatening to cut them off. The landmark Old Faithful Inn and Park Headquarters at Mammoth are under siege, and now there's a helicopter down, missing, somewhere in the path of the conflagration. And Clare's daughter is on it ... 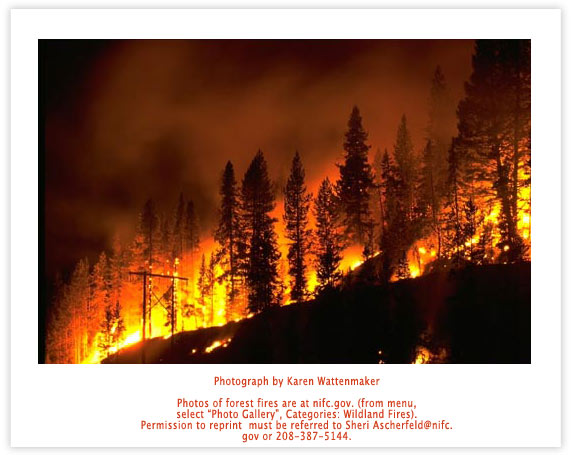 While researching a historical novel set in Yellowstone, I was continually distracted by references to the fires of 1988. Like much of the nation, I had tuned in spellbound to the nightly reports of America's first National Park in flames. Like many of Yellowstone's three million annual visitors, I held my breath, dreading the destruction being depicted, yet seduced by the beauty of wildfire.

Over lunch in the Houston Public Library, I examined Ross Simpson's The Fires of 1988, published by American Geographic and Montana Magazine. After an hour's perusal of choppers ferrying water, tankers spraying retardant, and the faces of the men and women on the lines, I came to a conclusion. There was a story here . . . one that many thousands of firefighters had shared. There was a vivid setting of beauty and peace, where a forest must go through the crucible of fire to achieve rebirth. To this place came my fictional characters. 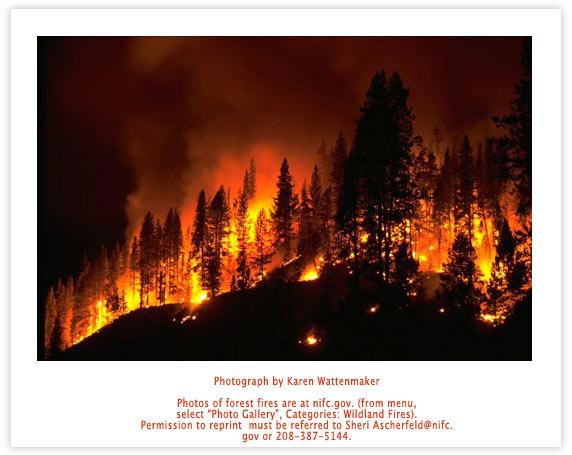 Selected as a semifinalist (top 3% of 700 entries) in the Rupert Hughes Writing
Competition at the 1998 Maui Writers' Conference.

Finalist, along with Rain of Fire and Lake of Fire, in the Series category of the 2020 Next Generation Indie Book Awards